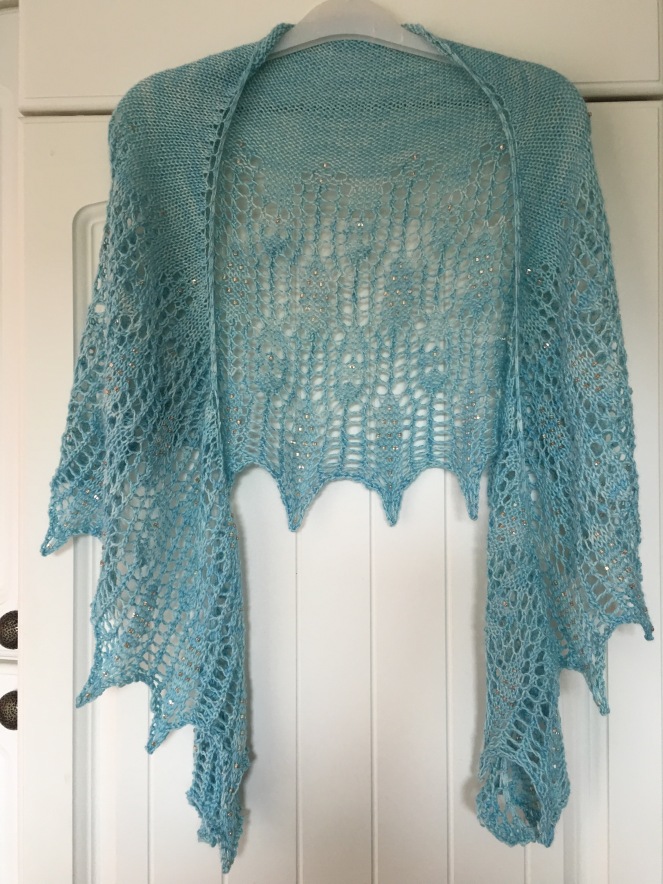 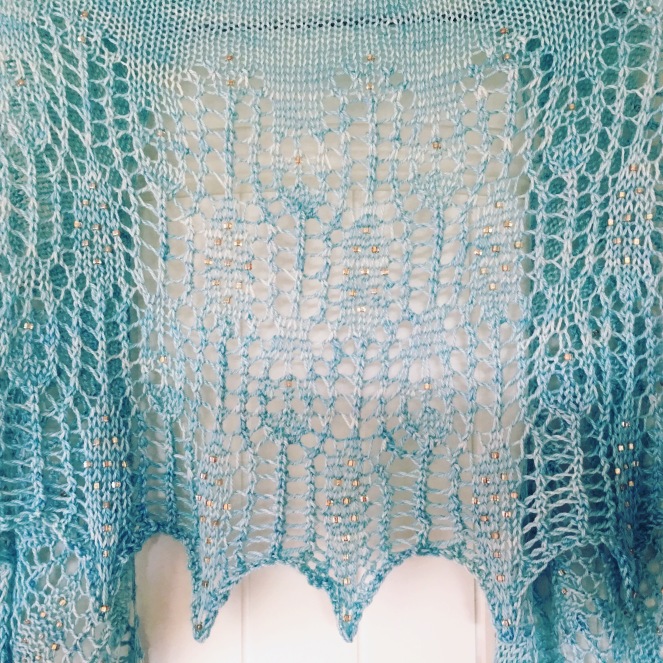 Working on a summer cardigan for my Mum for her birthday in Sirdar Ella, a cotton acrylic mix with stellina: 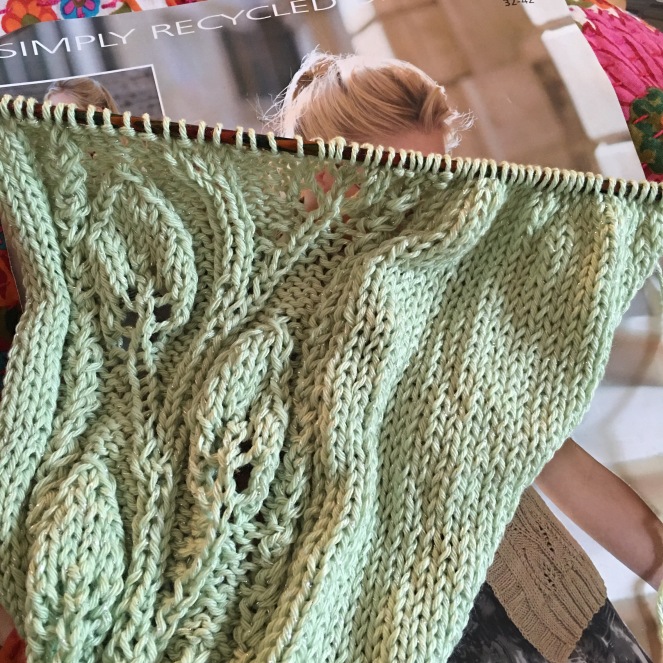 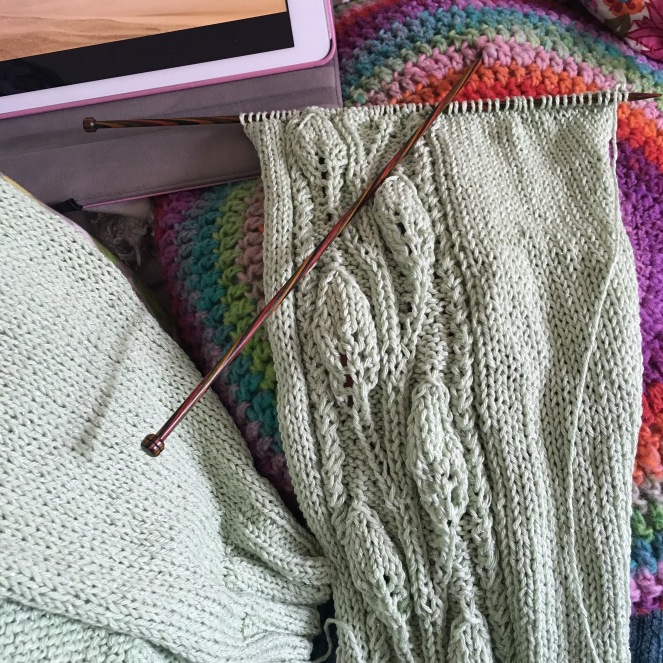 Working a little on my Rose City Rollers socks in Skein Queen: 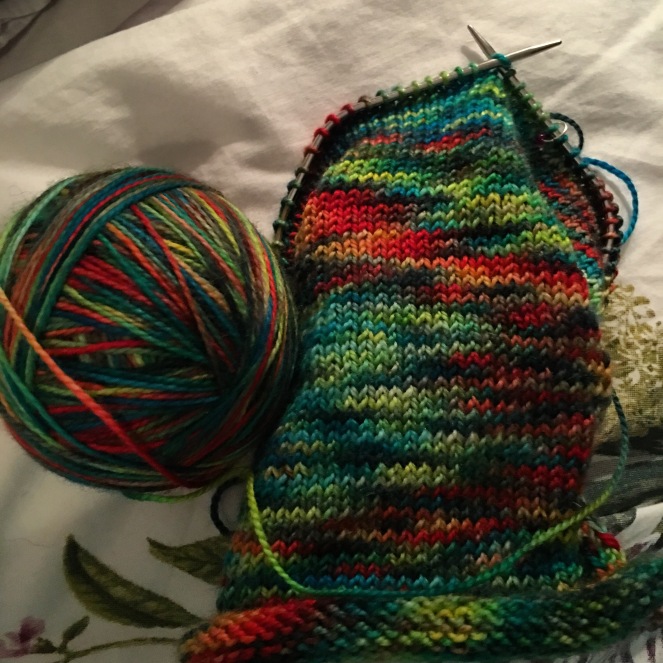 I’m just about to finish the toe of sock one:

I also blocked Dare To Dream at the weekend to gift on Thursday: 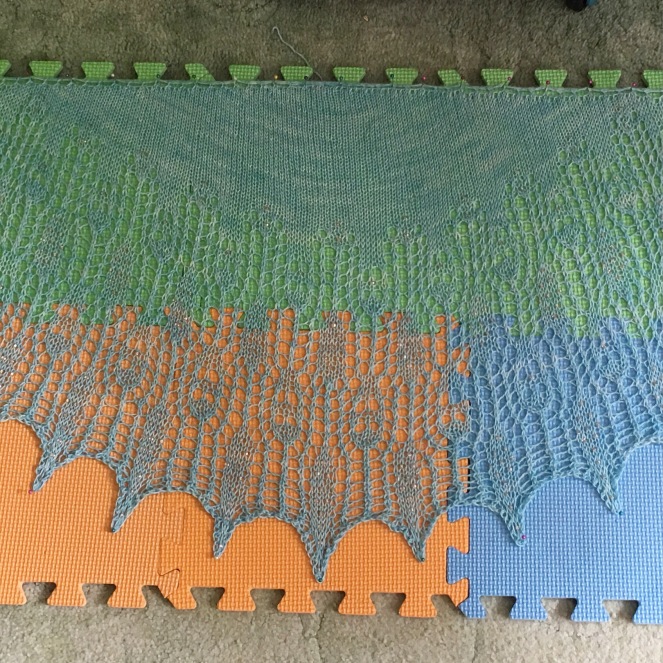 Mollie has also been cute this week! 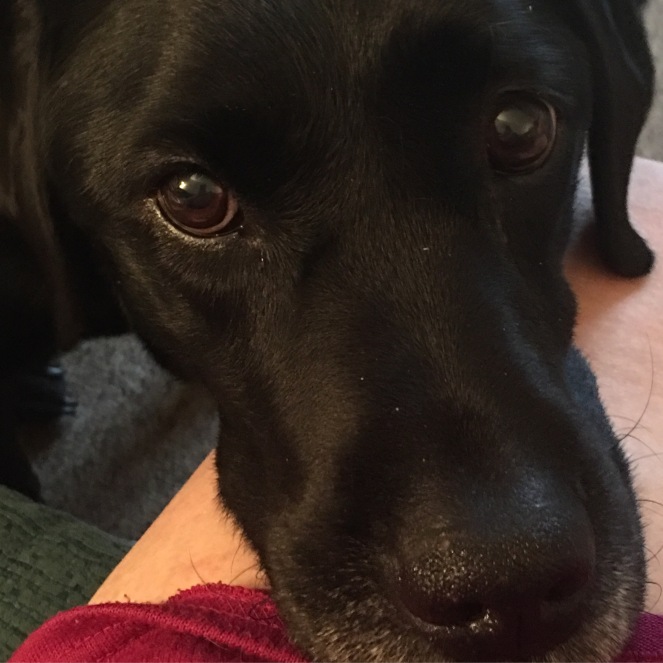 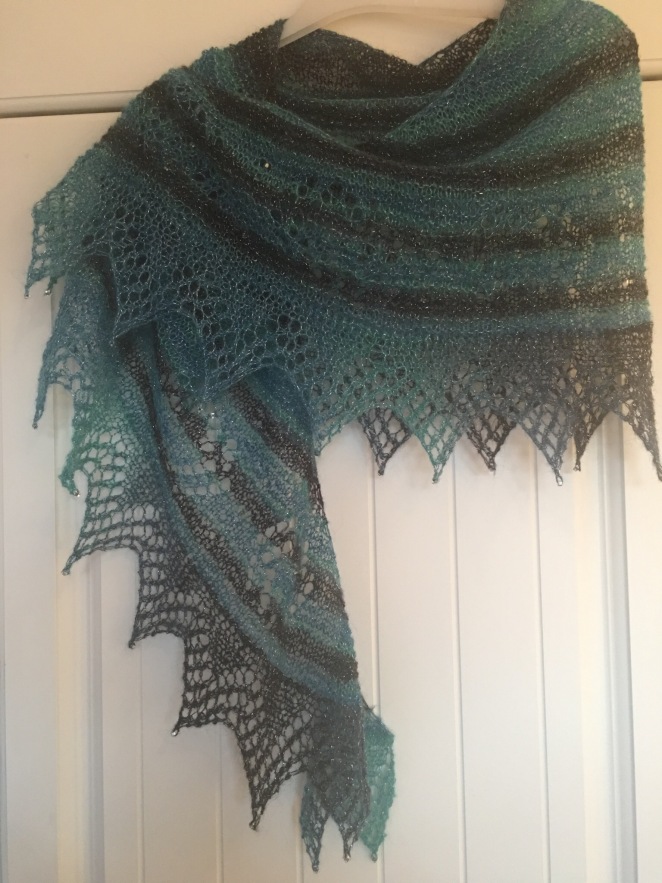 I wasn’t very disciplined in March, flitting all over the place with crafting items, so for April I’m trying to get back on track to being focussed.
So, my projects are:

I put in print I was going to do two. I’m an idiot. Clearly I wouldn’t be able to do two at once. So here’s the one I am working on: 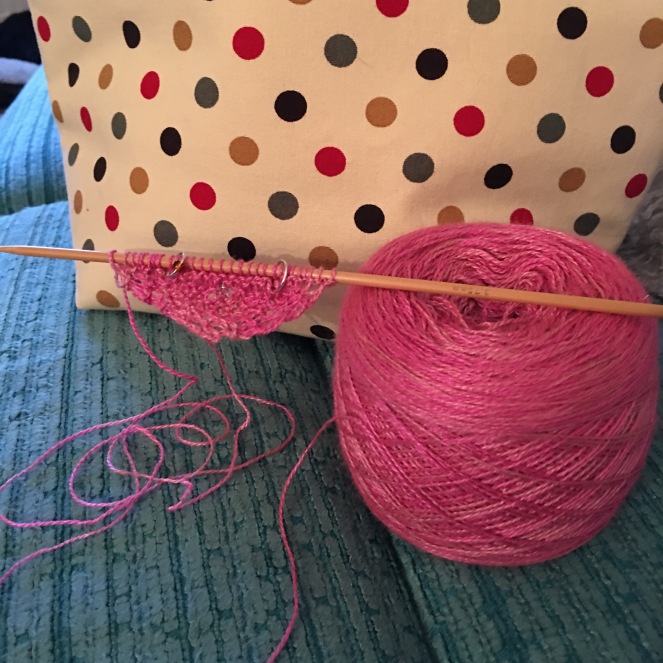 After the false start: 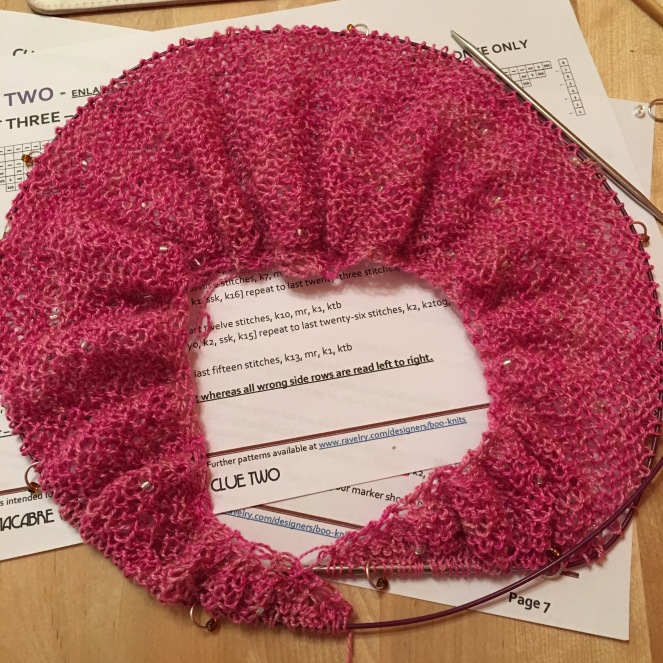 Getting stuck into chart 4. Clue 3 is already out so *technically* I’m already behind…

I’ve been excited about the Boo Knits April Mystery Knitalong ‘Danse Macabre’ for as long as I’ve known about it. I persuaded my friend Salpal to join in, I picked my yarn, I bought the beads, I bought a new project bag specially (this is slightly excessive but I did want a new one) and I noted it in my diary. I didn’t check I had the needles because I have a whole huge tin of circular needles and of course I had what I needed.

Turns out I don’t own a 3.75mm circular. (Well I do, but a 40cm one for knitting hats isn’t going to get me very far.) So last night I ordered the correct needle and paid for next day delivery to get it on Saturday. 😱

Salpal has already started! Being in the US she got the first clue on Thursday evening… I’m not VERY envious at all.

I will be using some gorgeous I Knit Or Dye London 50% silk, 50% baby camel (!) lace weight in a semi solid pink. This yarn is GORGEOUS to touch and squish. I’ve had it for a few years and I’ve been saving it for the perfect project. Which would appear to be this one!

I’m making it for my sister. I gave her this choice:

She picked the pink. You’ll notice it isn’t the pink I’ll be using. That’s because the pink in the choice picture was actually a skein I bought for and gave to my friend Maxine for Christmas! I accidentally used the wrong photo. I don’t think Gayle will notice or indeed mind.

My Mum said she liked the orange. I am suffering a real temptation to make her one too. I do have orange beads… I might cake the yarn up just in case I have time. Yes it’s a bonkers idea, but it might just come off.

Still to block but I’m pretty pleased with this! All done in 10 days. 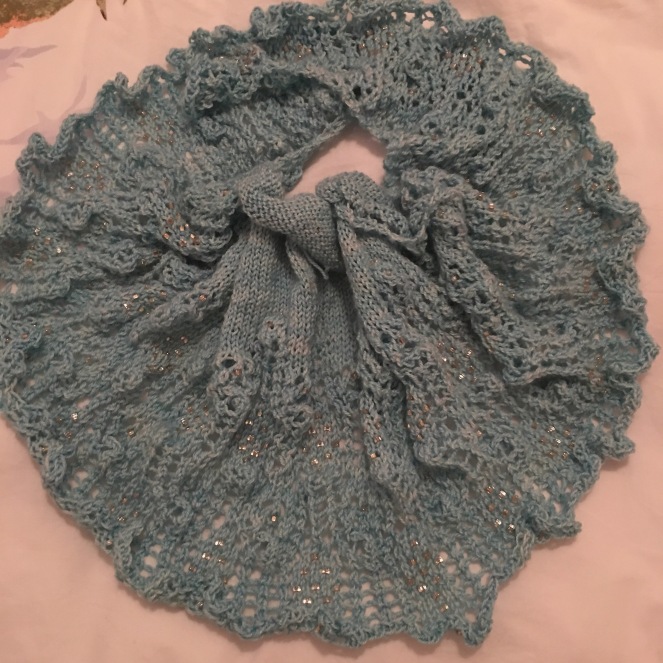 Amazing how the colour looks different depending on the light. The colour is actually  somewhere between the colour in the top and bottom pictures.

Now to choose my yarn for the Boo Knits April KAL….

Salpal from ‘What I’m Up To Today’ is doing it too so I’m really looking forward to it!

A knitter who started a(nother) blog about the experience of being diagnosed with adult ADD. Expect lots of random bulleted lists and some conversations with a bit more weight.

A blog about knitting and things that bring me joy.

Crochet inspiration and design from Sweden

The Principles of a Woolly Life
nanacathydotcom

Yarn, Yorkshire and All Manner of Wonderful Things!

A Norwegian knitting enthusiast with a monthly theme for projects

Tales about a creative life on Dartmoor

jemarrowsmith.wordpress.com/
A German Shepherd at The Cottage On The Green
creekviewcarol

life in the not-so-fast lane

Cooking and crochet, not quite by the book.

so much yarn, so little time